"Beside the sea in dear old Napoli"

Naples became my favorite city in Italy because it reminded me of Vittorio De Sica movies and Dean Martin songs. Though it feels like a very big city, it's always easy to find yourself dreaming in its calm streets or by the lungomare. I think what I love so much about Naples is its delicious food, but also how close it is to the Amalfi Coast and Pompei, bringing history, nature, and gastronomy together in the best possible way.

I felt a very busy and lively atmosphere when I first arrived in the city center. And I kept feeling that during my whole stay, it was just how Naples makes me feel. But on the other hand, I could also find some serenity in many places in the city.

Before traveling to Naples, I was told to be careful about the city because it was dangerous. Which is negative publicity and also a false one. I would say most big cities are dangerous, and Naples did not seem worse than any other city I visited before.

Things I loved about Naples

It’s worth getting out of the city center to discover beautiful places.

Especially beaches : the prettiest beaches will be a few minutes ride from Naples and totally worth it since it will be less crowded ( yet still crowded). For example, the Gaiola Beach (which is Instagram and Pinterest famous) is not in the city center. Same for the Virgiliano parc which offers a great view of the bay and some islands like Capri.

They are the best way to stay in Naples in my opinion. It might depend on who you are and what kind of trip you want to experience but I totally loved staying in a hostel. I might travel alone because I love the freedom of waking up at 6 am to take pictures (and taking naps at 2 pm) but I also love the part when you spend time with new people knowing you don’t have to be with them during all your trip. And also my Hostel was probably the best I could have chosen.

I wouldn’t have done 50% of the amazing things I did by myself or with other travelers. Simply because sometimes you have to know the places but also the people that work there. Because sometimes Google doesn’t give you the right information and you might end up driving for an hour to a closed place. That’s what happened the first time I went to Gaiola and I could get in for a only few minutes to take pictures because it was closed at 4 pm. Also, I wouldn’t have known it was possible to get to the island any time of the day just by kayaking. And of course the most important reason, I got to eat the best ( seriously ) pizza in town thanks to a local.

Italy has a lot of food to offer. Some are amazing and some are even more amazing. Trying everything is key! I remember one night I refused to try some « cookies » because I was just not in the mood for trying something new. The girl told me: Just try it and if you don’t like it, it’s okay. I took a bite and fell in love, ended up eating the whole thing and buying lots of it for home . And I still miss those Tarallis, so if some of you have a recipe…

What do see and do in Naples

Take a long walk on the Lungomare

It’s so peaceful, especially in the mornings. The nights are very animated and it just feels like home at any time of the day. And also you will find the Castel dell’Ovo and the Castel Nuovo on your way.

Enjoy the view from Castel dell’Ovo

By one of its big windows you can get a great deal of fresh air ( really needed in mid-July ) and a beautiful view of the sea and the city.

Eat a pizza at Sorbillo.

Three locals told me it was the best pizzeria in Naples. And I might have only tried 3 of them but this one was the best. And it shows because it takes at least an hour to get in for dinner. The pizzas are not even expensive and they have great Limoncello!

It includes the Amalfi coast, Ischia, Procida, Capri, and in my case, Ponza. I didn’t go to Capri because I wanted to have a reason to go back to Naples.

You can go further but it was enough for us. You just rent a kayak for an hour or more, I think we went for 2hours. We met many other riders but it was quiet enough to relax and even take a nap. We rented our kayaks with Kayak Napoli.

Enjoy a view on Naples from San’Elmo.

I missed that one but it’s a reason to go back! And it’s something not to be missed if you go to Napoli.

There are so many churches in Naples and whether you’re religious or not, you have to get in and discover their beauty. I’ve always loved the architecture of churches and Naples was a paradise for that since it’s one of the cities that have the most churches (448).

Get lost in the little streets

And don’t be afraid to climb up. Because you will be rewarded with an amazing view of the city and the Vesuve.

Get inside the metro stations 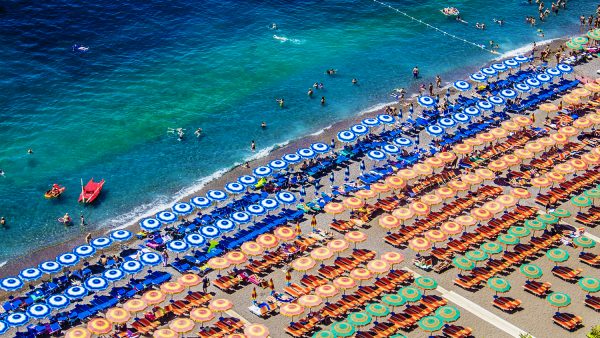 A day in Positano

A stay in Naples can not be complete without a boat or a bus ride to the gorgeous town of Positano. But…
August 28, 2022 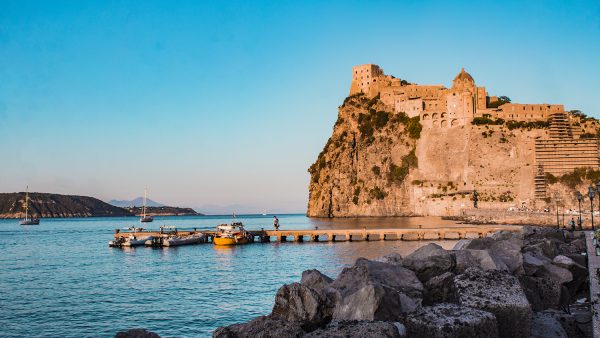 What to do in Ischia ?

Ischia is a gorgeous island located near Naples. A day trip is not enough for this big island. I booked a hotel…
August 23, 2022